The ASRock X470 Taichi is equipped with AMD's X470 chipset and optimised for use with Ryzen 2000- series "Pinnacle Ridge" CPUs. This high-end chipset supports up to 64 GB RAM at a guaranteed clock frequency of 2.933 Megahertz, clock frequencies that are markedly higher when paired with OC RAM kits. Additionally, the X470 chipset is compatible with all of the latest 2nd generation features of Ryzen processors features as well as benefiting from a variety of optimisations like the new XFR2 overclocking technology.

The Features of the ASRock X470 Taichi at a Glance:

The Features of the ASRock X470 Taichi in Detail:

The ASRock X470 Taichi is an ATX-format motherboard that comes with a fast PCI-Express 3.0 slot rated for full x16 speeds, one x8 PCIe 3.0 slot. The four RAM slots can hold 64 GB of DDR4 RAM at frequencies of up to 2.933 Megahertz, although frequencies of up to 4.000 MHz are possible with overclocking.

This Socket AM4 motherboard comes complete with two PCIe M.2 slots. Four PCI-Express 3.0 lanes connect the M.2 SSDs and they use the advanced NVM Express protocol (NVMe) in order to support data transfer rates of up to 32 Gbit/s. This makes them up to eight times as fast as SATA 6G hard drives. The second M.2 slot is connected via PCIe 2.0 x4 and offers transfer speeds of up to 20 Gbit/s.

The I/O panel of the ASRock X470 Taichi features a USB 3.1 Type C connection. This new type of USB port is particularly slim and allows devices to be inserted in either orientation. USB 3.1 aka USB 3.1 Gen 2 achieves speeds of up to 10 Gbit/s per port. USB ports utilising this standard support functions like quick charging for smartphones and tablets.

A special feature of this motherboard is the integrated RGB lighting that allows several customisable RGB lighting zones and these can be controlled via software. For the control over and synchronisation of additional RBG lighting the ASRock X470 Taichi comes with one addressable RGB header and two headers for static RGB-LEDs. Moreover the board comes with an HDMI port, a WiFi-AC module, antennae and an SLI-HB bridge. 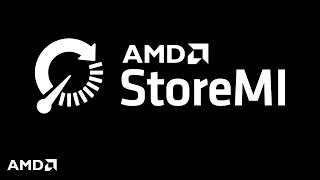