NVIDIA GeForce 10 series is based on 16nm finfet architecture resulting in just 180W TDP power consumption for a graphics card that can outperform Titan X in many situations whilst being upto three times more efficient. Overclocking headroom is also exceptional with around 2GHz core overclocks being possible (not guaranteed) resulting in 20% and higher overclock potential.

NVIDIA Simultaneous Multi-Projection Technology renders multi screens in one path mean performance in Virtual Reality titles on VR headsets such as HTC Vive and Oculos results in double the performance of Titan X making 10 series the King of Virtual Reality and whilst being upto three times more efficient at the same time. 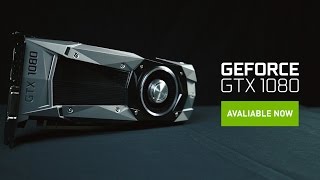