AMD’s Ryzen processors offer incredible computing power. This powerful performance makes them perfect for more than just gaming. That is to say, these CPUs are also the perfect upgrade for content creators. AMD’s Ryzen 5000 processors are ideal for powerful, but inexpensive workstations. They provide great value for money when it comes to performance and compatible motherboards are more affordable than the TRX40 platform. However, choosing the correct motherboard for Ryzen plays an important role and this is why Overclockers UK have created this guide.

With the Launch of AMDs Matisse processors (Ryzen 3000), came the introduction of new motherboards. These new motherboards utilise the AMD X570 chipset and are equipped with the mainstream AM4 socket. There are X570 motherboards for home users and gamers, and also models named “Creator” or “Creation.”

This type of motherboard design has historically been developed for HEDT CPUs such as Ryzen Threadripper or Intel Xeon until the Ryzen 3000 was released. So what is it that these boards different from the rest? And what makes them interesting for content creators?

This includes tasks such as 2D and 3D graphic design as well as creating and editing videos. Web design and the creation of written content using a computer can also be part of a content creators role.

A powerful processer cuts the time required for calculations. As a result, projects are rendered faster. Time is money in the professional sector and a powerful PC can make all the difference. Such a computer is commonly referred to as a workstation.

In theory, the performance of a workstation can never be fast enough. Ideally, content creators would be able to render timelines in an instant or export files in a split second. Systems based on high-end CPUs such as the Intel Core X or AMD’s Threadripper have represented the fastest performance available for a long time. With many processor cores, high clock rates, and compatibility with large quantities of RAM they are ideal for the demands of content creation workloads. However such high-end performance comes at a price. The cost of these processors is correspondingly high.

For large established companies, the purchase price is usually not a problem. This is because the high purchase cost of a Workstation computer is recovered through the jobs that are carried out with its help.

However, private and semi-professional users were left behind. Such a large investment is often not realistic for smaller content creators. Thankfully, configuring a high-performance PC with workstation performance is now more affordable than ever. AMD’s Ryzen 3000 “Matisse” and Ryzen 5000 “Vermeer” processors are incredibly powerful and priced for the mainstream market.

A closer look at Ryzen

AMD’s Ryzen 9 3900X, 3900XT and the newer Ryzen 9 5900X have twelve processor cores. Thanks to SMT (Simultaneous Multi-Threading), both processors can execute 24 threads simultaneously. The Ryzen 9 3950X and the newer 5950X come equipped with 16 cores and 32 threads.

This high number of threads enables the processor to perform multiple tasks at the same time and greatly benefits multithreaded workloads. This means that different programs can be active at the same time and several calculations can be carried out in parallel. Image, sound and video editing programs benefit from this, as does a browser with a large number of open tabs.

The AMD Zen 2 and Zen 3 processor series can use up to 128 gigabytes of memory which is perfect for heavy workloads.  Ryzen CPUs officially support a RAM speed of 3,200 MHz. This enables very high data transfer rates of up to 25.6 GB / s.

Many manufacturers offer RAM with significantly higher clock frequencies because AMD’s Ryzen CPUs benefit from a higher speed than what is officially supported. The sweet spot for Zen 2 processors is 3200Mhz while an ideal RAM speed of 4000Mhz is emerging for Zen 3 processors.

These super-fast memory speeds are achieved because most memory modules have an additional AMP (AMD memory profile) or XMP (Intels version: Extreme Memory Profile). This technology helps with the configuration for maximum performance. High-performance memory, which runs above industry DDR specifications, can automatically and appropriately set up for your system. The extremely high bandwidth means that the data reaches the processor more quickly.

A large amount of memory is required for smooth work in a lot of creative tasks. For example, complex Photoshop projects can fill 16GB to 32GB of RAM easily. If you’re dealing with uncompressed video footage from professional cameras such as 4K with 120 frames per second or 8K, memory capcity of more than 64 GB makes perfect sense.

Overclockers UK has a range of this type of High-performance memory available that is perfect for Ryzen PC builds. One of the best selling kits is the new “8Pack Edition” high-end Dark Pro Series. The 16GB memory modules offer Low CAS latencies of 16-16-16-38 & 3600 MHz guaranteed memory clocks. They even come with a lifetime warranty for incredible reliability. You can read more about it HERE.

Higher transfer rates and more bandwidth thanks to PCI-Express 4.0

The corresponding slots double the maximum bandwidth compared to PCI-Express 3.0 to approx. 2 GB/s per lane. The faster bandwidth can be used by graphics cards and expansion cards. In fact, the current graphics cards from AMD and NVIDIA already support the new standard. Similarly, super-fast M.2 NVMe SSDs can utilise PCIe 4.0.

Whether its an expansion cards with additional M.2 slots, capture devices for streaming purposes or dedicated sound cards, the increased bandwidth means there’s a range of brand new devices. The main upgrade you’ll want for content creation is Storage with PCIe 4.0. There is a wide variety available and they are more affordable than you’d think. These drives can achieve very high transfer rate in the region of 5,000 MB/s and more.

You can get the incredible performance of Gen 4 M.2 NVMe drives by upgrading to a Matisse or Vermeer processor. You’ll also need one of the newer AM4 motherboards with an X570 or B550 chipset. Both platforms form a good basis for building a powerful computer. AMD X570 supports multiple drives with PCI Express 4.0 compared to the B550 chipset.

Overclockers UK has an excellent range of Gen 4 NVMe drives in stock from well-known manufacturers such as Samsung, WD, Corsair, Patriot and Team group.

What do workstation motherboards with AMD X570 offer?

Motherboards designed for use by creators go a few steps further and offer special equipment and features that can help you configure the ideal workstation. To help you choose which motherboard is perfect for your content creation workstation we take a closer look at some of these models below.

For a large number of NVMe SSDs

The MSI Prestige creation has a total of 17 power phases and supplies the CPU with plenty of power for overclocking via two 8-pin connections. The efficient heat pipe cooling and a quiet active cooler with double ball bearings ensure stable operation under constant load.  Any SSDs installed in the two M.2 slots are also cooled by means of large-area passive coolers.

Thanks to the supplied add-on PCIe 4.0 expansion card this motherboard offers two extra Lightning Gen 4 M.2 slots. This means a total of four M.2 drives can be installed.  The FROZR heatsink design allows you to increase your storage capacity and keep the drives cool so they run at max speed.

Fast drives are particularly useful when processing 4K and 8K video material. They allow you to view the video material at full resolution in real-time. There is also a total of three PCIe 4.0 x16 slots on this motherboard. This means up to three graphics cards can be used together for intensive rendering workloads.

In addition to numerous USB 3 ports, there is also antenna ports for fast WLAN 802.11ax and two network ports. One of the ethernet ports supports a maximum speed of 10 Gbit/s. This ensures a fast exchange of data when using with network storage devices and servers.

ASRock has not given the X570 Creator a dedicated expansion card for M.2 drives. Instead, the main feature of this motherboard is connectivity. In addition to numerous USB connections, you will find dual LAN and WLAN Antenna connectivity. There is also two Thunderbolt 3 connections on the I/O panel of the board.

External connection of PCI-Express devices is possible via Thunderbolt 3. This means in addition to peripherals, smartphones and tablets you are able to connect external graphics cards and portable NVMe SSDs to your PC. The interface achieves a maximum transfer rate of 40 gigabits per second, which is perfect for moving large files.

There are two M.2 and three PCIe 4.0 x16 slots on the mainboard itself. The ASRock X570 Creator also has a 10 Gigabit capability and WLAN 802.11ax for a fast network connection.

The CPU is powered by an 8-pin and 4-pin connector for more power when overclocking. The large-area heat pipe cooling on the voltage converters ensures that they remain cool even under intensive load. The SSDs in the M.2 slots are passively cooled to ensure maximum performance.

The ASUS Prime X570-Pro is the most affordable but offers a simple design and fundamental features to help improve your productivity. The 8+4 pin CPU connectors pass 12V power directly to offer stable power and ensure optimal performance.

The Prime X570 has many software and firmware features that help make performance accessible to anyone. The 1 click feature takes care of Overclocking and cooling helping you to tune your rig to perform at it’s very best. Everything is optimised for your specific system. The fan profile can be quiet or tune the airflow to keep components cool when crunching through intensive tasks. ASUS 5-Way Optimization makes your PC smart.

To compliment the other features on this motherboard you’ll also find space for two Gen 4 M.2 NVme drives which can be used in raid configuration. The PCIe slots are reinforced to withstand the weight of high end graphics cards with large coolers. Theres space to connect up to six sata 3 drives a plenty of USB connectivity including USB C for external devices.
Audio is important for video editing and the audio chip used is the Realtek ALC1220 that offers 7.1-channel High Definition audio. The high quality capacitors to provide rich sound thats ideal for creators.

Each manufacturer has approached the content creation market differently. Nevertheless, they are based on the same idea: to enable the construction of a real workstation with conventional desktop processors such as the third generation Ryzen CPUs.

AMD lays the foundations with an increase in CPU cores, support of up to 128GB RAM and PCI-Express 4.0. In addition, the mainboard manufacturers use high-quality components, intensive cooling and the latest interfaces in order to create a solid foundation for professional use.

The new Ryzen 5000 CPUs, expand the capability of the AM4 platform and offer creatives an attractive portfolio of powerful processors. With Zen 3, slow processing performance a thing of the past. Powerful technology is now within reach for smaller content creators. Meaning there is no longer a limit to your imagination. 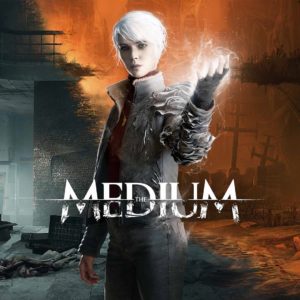 The best Gaming PC’s to play The Medium

Everything we know so far about new laptops in 2021 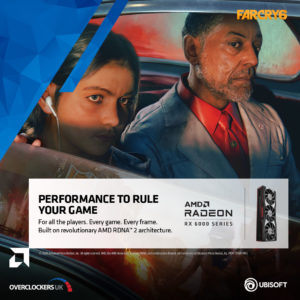