The Vive Pro from HTC represents an updated version of their Virtual Reality headsets, one that includes two high-resolution AMOLED displays and an updated headband with integrated hi-res headphones for improved immersion. With a resolution of 1.440 x 1.600 per eye and the optimised ergonomics of the Vive Pro, this represents the ultimate VR technology as well as the perfect tool for professional users. This beginner's set includes two Lighthouse Version 1.0 base stations, two controllers, and SteamVR Tracking 1.0 that enables a usable area of 25 m². The improved headset from the Vive Pro series is compatible with the first edition's controllers and Lighthouse base stations.

The HTC Vive Pro Virtual Reality Headset at a Glance:

Thanks to the higher resolution AMOLED displays, the picture of the Vive Pro makes for a marked improvement in image sharpness, enabling a significantly more immersive VR experience. In order to ensure smooth video output, which is essential for preventing motion sickness, the display operates at 90 Hertz and offers a motion-to-photon latency of less than 20 ms.

The Vive Pro also supports the first version of SteamVR, which offers a usable play area of 5 x 5m, so a total of 25 m². All motion within this area is tracked and carried over to the game by means of high-sensitivity laser sensors.

A total of 32 sensors serve to track your movements, and these are embedded in the front of the headset. These sensors transmit every movement of the player, whether a turn of the head or ducking out of the way of a virtual opponent, and enable natural movements inside Virtual Reality. The Motion Tracking is performed in conjunction with the Vive's "Lighthouse" station laser sensors. These Lighthouses are a unique selling point of the Vive ecosystem and help to make the Vive Pro into the perfect VR system.

As a result of this technology, 360-degree motion tracking is now possible - resulting in users being able to move about in VR in the same manner as in Star Trek's famous Holo-Deck. When you reach the edge of the playable area, a barrier in the form of a grid appears in the OLED displays. This technology is referred to as the Chaperone System and can be adjusted in accordance with your individual needs in the software settings.

The Chaperone System is automatically activated when the player encroaches upon a boundary, although it can be adjusted manually with the VR controller. This means the Chaperone System's barriers can be set to resembles that of the Matrix in the famous film or like in the film "Tron". Two integrated cameras are embedded in the Vive Pro to enable physical elements to be blended into VR.

In order for the VR experience to not be limited merely to the visual aspect, and to make it as immersive as possible acoustically as well as visually, the Vive Pro headset includes integrated headphones with a powerful hi-res certified DAC. This enables high-resolution audio signals with their extended frequency spectrum to be enjoyed in all their glory. Two integrated microphones are also present to allow for active noise cancellation, thereby keeping unwanted background noise to a minimum.

You can also keep in contact with your environment or smartphone using the monitoring- or communication modes. For example, phone calls can be made or text messages read without having to remove the headset. For maximum comfort, the Vive Pro includes an overhauled headset frame, while the revamped face mask in conjunction with the nose cushion helps to bring the same level of comfort to spectacle wearers as well as just about any face shape. Thanks to the use of special foam and the shape of the nose cushion, external light is kept out of the headset, meaning that bothersome reflections are effectively minimised.

Set with Accessories for the Vive Pro

Additionally, the two included VR controllers serve as the interface into VR, allowing you to interact with your virtual environment without breaking immersion. Depending on the game or programme, the controllers can function as anything - whether a paintbrush, a phaser or a tool for installing the new fender on your newly designed virtual automobile. Since the VR controllers also have motion tracking sensors, the current position of the VR controllers is always displayed while playing.

The System Requirements of the Vive Pro

In order to match the high refresh rate (90 Hz) of the OLED displays, the PC system used with the headset must be capable of outputting a resolution of 1.440 x 1.600p per screen at all times. This is so the Vive Pro can display 90 FPS (Frames per Second). HTC recommends the following system requirements: 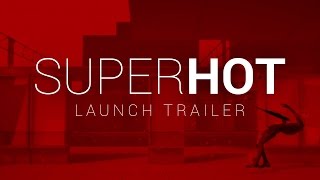