Who Developed the Vive?

HTC is a Taiwanese telecommunications company that specialises in the manufacturing of smartphones, and HTC's most famous smartphone – the now legendary HTC Desire – holds fond memories for many users.

HTC has consistently integrated the newest technological innovations into its designs and quickly became one of the pioneers of the smartphone market. From built-in keyboards, 3G, integrated GPS or a touchscreen, HTC was consistently one of the first to market with these features. Since HTC always has an eye for the new and the innovative, it came as little surprise to those in the know when HTC released one of the first VR headsets in the form of the "Vive" in the run-up to the "Mobile World Congress".

In cooperation with Valve, the famous software developer known primarily for games such as "Half-Life 2" and the social networking- and digital distribution platform "Steam", the Vive was developed to bring total-immersion gaming to the masses. In the Vive headset HTC and Valve have combined a visionary outlook with cutting-edge technology, all in the name of creating a gameplay experience like no other.

The Features of the HTC Vive at a Glance

At the heart of the Vive VR System lies the Head Mounted Display (HMD), that is to say, the VR headset itself. For maximum comfort the headset comes equipped with adjustable straps, and the exchangeable foam inserts and nose pads also ensure glasses-wearers enjoy a comfortable VR experience. The HMD also has a 3.5 mm headphone jack which allows you to connect your own headphones directly to the headset. But HTC's Vive is much more than just a VR headset!

Vive VR enables users to not only become completely immersed in games, but also into Virtual Reality itself – even Vive Reality! This is enabled via the supplementary motion tracking sensors that come bundled with the Vive, known as the"Lighthouse" tracking system, the motion-tracking sensors allow coverage of a 5 x 5 m area. Positioning the base stations 5 m apart with the tracking sensors set diagonally from one another enables complete freedom of movement within virtual reality, and this designated area carries over to the games you play accordingly.

Experience Vive Reality in Safety with the HTC Chaperone System

This 360° motion tracking system enables players to move in virtual reality in a manner akin to iconic holodeck of Star Trek fame. Moving to the boundary of the play area causes a barrier in the shape of a grid to appear in the OLED display. This technology is known as the Chaperone System and can also be customised to your fit your individual requirements

The Chaperone System is automatically activated when you move too close to an obstacle, the obstacle can, however, be manually superimposed into VR using the controller. Doing this will allow barriers or obstacles as defined by the Chaperone System to be portrayed in a manner reminiscent of famous films like "The Matrix" or "Tron". This system functions in tandem with Vive's integrated camera system to combine together aspects of physical reality with that of the virtual.

For full motion tracking, the Vive calls upon 32 different sensors embedded into the VR headset. These sensors transfer every movement of the player, from the slightest tilt of the head to crouching all the way down to the floor, and this translates into a dramatically more fun and engaging VR experience. The motion tracking function is performed by two laser sensors known as the "Lighthouse" system. Combined together these sensors differentiate the Vive from its competitors with a unique selling point, one that elevates the Vive from merely being a very good VR headset to becoming the perfect VR System.

Virtual Reality Controllers and the Technology of the Vive

Two ergonomic VR controllers provide virtual reality with a user interface, thus allowing interactions in virtual reality to take place. Depending on the game or the application these controllers take on the role of a paint brush, a gun, or as a means of fitting the perfect fender to a car that is fresh off the drawing board. Beside the trigger, perfectly located for use with the index finger, the front of the VR controller provides a menu button and a large, round touchpad. The rechargeable inbuilt batteries provide up-to four consecutive hours of use before needing to be recharged, and this is made all the more convenient by way of a micro-USB connector. The controller also offers an adjustable loop for your wrist to ensure it remains securely attached to your wrist while you enjoy the immersion of VR.

Beside the trigger, perfectly located for use with the index finger, the front of the VR controller provides a menu button and a large, round touchpad. The rechargeable inbuilt batteries provide up-to four consecutive hours of use before needing to be recharged, and this is made all the more convenient by way of a micro-USB connector. The controller also offers an adjustable loop for your wrist to ensure it remains securely attached to your wrist while you enjoy the immersion of VR.

In display-terms HTC provides the Vive with two OLED Displays, that combine to form a screen with 110° field of view (FOV) with near perfect colour reproduction at a resolution of 1080 x 1200 pixels per eye. The screen refresh-rate of both displays is 90 Hz and the motion-to-photon latency amounts to less than 20 ms. Picture quality is further improved by adding 8x MSAA which smooths jagged edges.

This is the length of time required to translate a player's movement into a coherent picture displayed on the screen of the VR headset. In order to successfully fool the brain into believing it is in a different place (known as "presence") this latency must remain consistently below 20 ms. A motion-to-photon latency that is too high degrades the VR experience and can lead to discomfort or nausea.

This is a process whereby the Vive compensates for delays in displaying an up-to-date image in order to keep motion-to-photon latency under 20 ms. This process happens in order to prevent dropped frames, and to do this it takes a previously-rendered frame and morphs it to match the most up-to-date telemetry from the headset as opposed to the slower process of process a completely new frame.

A special feature provided by the Vive is the ability to connect smartphones to the VR headset, this allows alerts, notifications and text messages to be displayed over the Vive's internal display. VR applications typically require a certain amount of space to function correctly, and as such, owners of the Vive should factor in the need for an area of at least 1.5 x 2 m that is free of any obstructions. If a game or application should require additional space, this information will be listed in its requirements.

System Requirements for the HTC Vive

In order to maintain a refresh-rate of 90 Hz on both 1080 x 1200 displays, the PC connected to the Vive must be capable of outputting a constant 90 FPS (Frames Per Second). For this reason HTC recommends the following minimum system requirements:

The Best Hardware for VR

Experience the Vive and Virtual Reality the way it's meant to be experienced with our VR Ready graphics cards or complete VR Ready systems.

For a limited time only get 2 months Viveport Infinity subscription absolutely FREE with any* HTC VIVE headset. 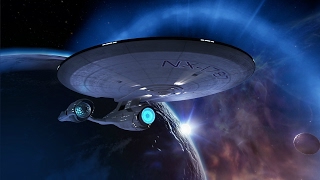 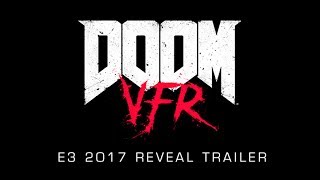 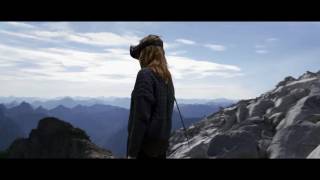 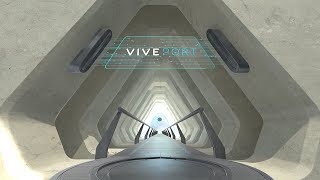 (from 3 customer reviews)
Write a review

This is the future.

I can’t play 2D games anymore.
VR has ruined classic games for me.
If you can jump in, do it! Best gaming purchase I have ever made.

This a fantastic bit of kit you need.

The Vive is very easy to setup. I could not believe just how good the VR experience was. Gaming took on a new an a whole new life. I can't put it down. If you only have 1 HDMI port on your graphics card. Then get one of these. https://www.overclockers.co.uk/b-grade-ocuk-value-mini-display-port-to-hdmi-adapter-4k-bg-18j-ok.html

Good service well within their lead times, had an item out of stock which was then upgraded for free to keep delivery on time.