Supported by the biggest tech community forums.overclockers.co.uk
Direct Service Hotline
+44 (0)1782 44 44 55
What our customers say about us
4.8 Google Customer Reviews
Please inform me as soon as the product is available.
Product information:

Intel's eight generation of CPUs go by this codename and represent the successor to the Socket 1151 Kaby Lake and Skylake series. Although they share the same socket designation, they are not compatible with older chipsets due to a range of optimisations to Coffee Lake CPUs. On this basis, they require a 300- series chipset. The Intel Celeron processors from the Coffee Lake generation offer two CPU cores and high clock frequencies - and all at a TDP of just 54 Watts! The Intel Celeron G4900 offers a clock frequency of 3,1 GHz which offers plenty of power in games and applications. The L3 Cache has been increased to 2 Megabytes and the Thermal Design Power (TDP) sits at 54 Watts.

In direct comparison to the 200- series, 300- series processors allow for improved power delivery for the entire CPU - thereby improving overclockability. The integrated GPU has undergone similar improvements in terms of clock speeds and drivers, now bearing the new Intel HD Graphics UHD 610 designation. With its 12 Execution Units it offers more than adequate graphics power as well as Intel Quick Sync, GPU Compute and of course a game or two as well. Furthermore the GPU supports DirectX 12 with Feature-Level 12_1, OpenGL 4.5 and OpenCL 2.0 as well as 4K- and UHD resolutions at 60 Hz via Displayport. This requires a compatible motherboard. 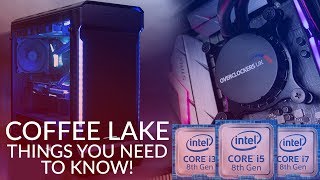 The Kolink Satellite Plus is a cube style chassis with an aluminium exterior plus impressive amounts of component support including up to...
Gigabyte 240GB SSD 2.5" SATA 6Gbps Solid State Drive
(0)